As part of the Japan Now North program, this exhibition combines selected images from two series, one that explores city-view observatories in Tokyo, and another ongoing series of self-portraits taken in various locations around the world. All of the images selected for this exhibition were taken in Japan and, combined, blur the boundaries between place, subject and viewer. 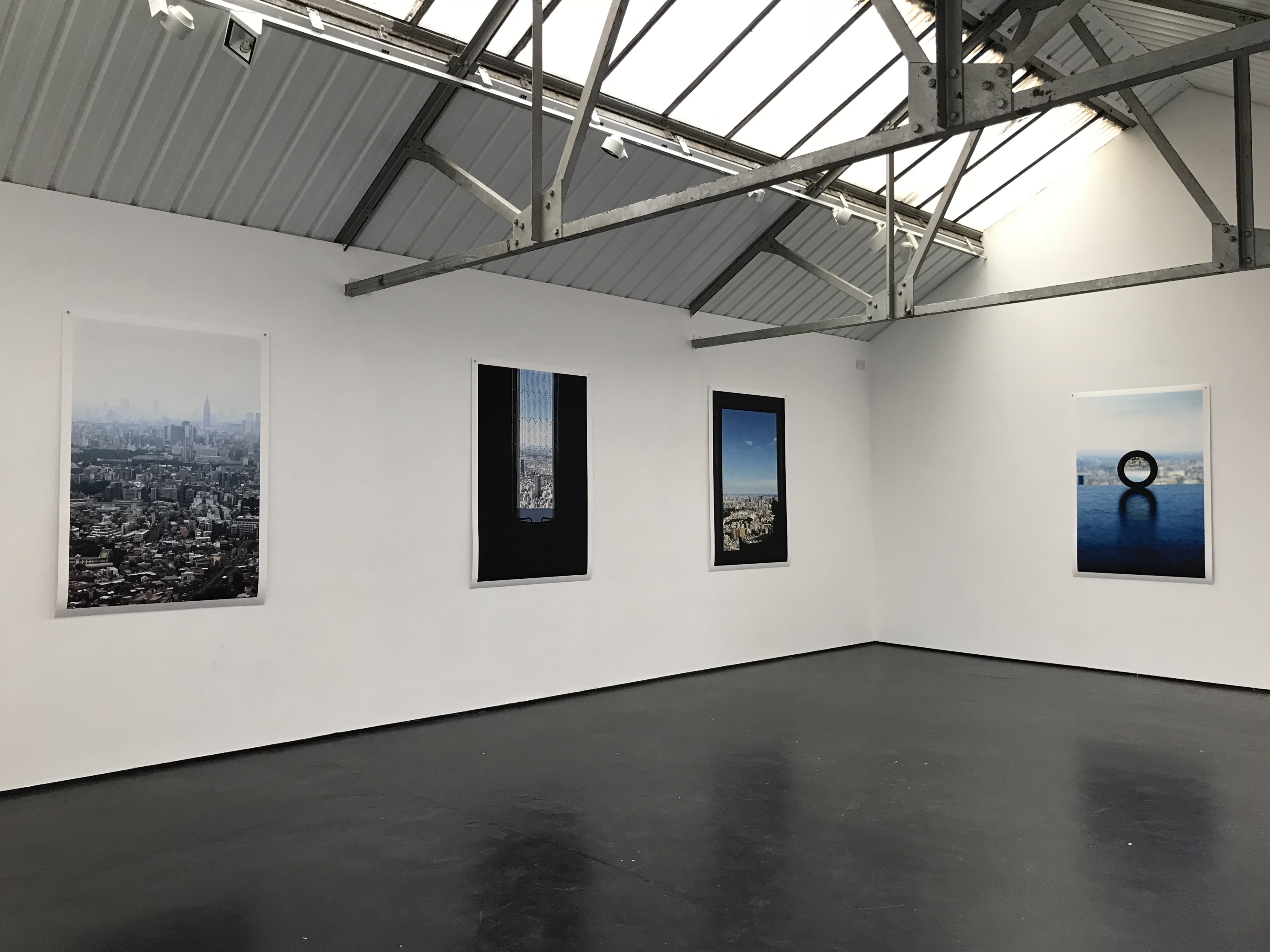 The Bright Lights typifies an idealised image of the city—tall buildings, bright lights and a cosmopolitan lifestyle. Designed specifically for Launch Pad Gallery, the light box dimensions mirror the actual window of the gallery that looks out on to a busy intersection on an otherwise quiet, local neighbourhood in Yokohama. The contrasting views reflect the dual life of the city-dweller as both urbanite and local. 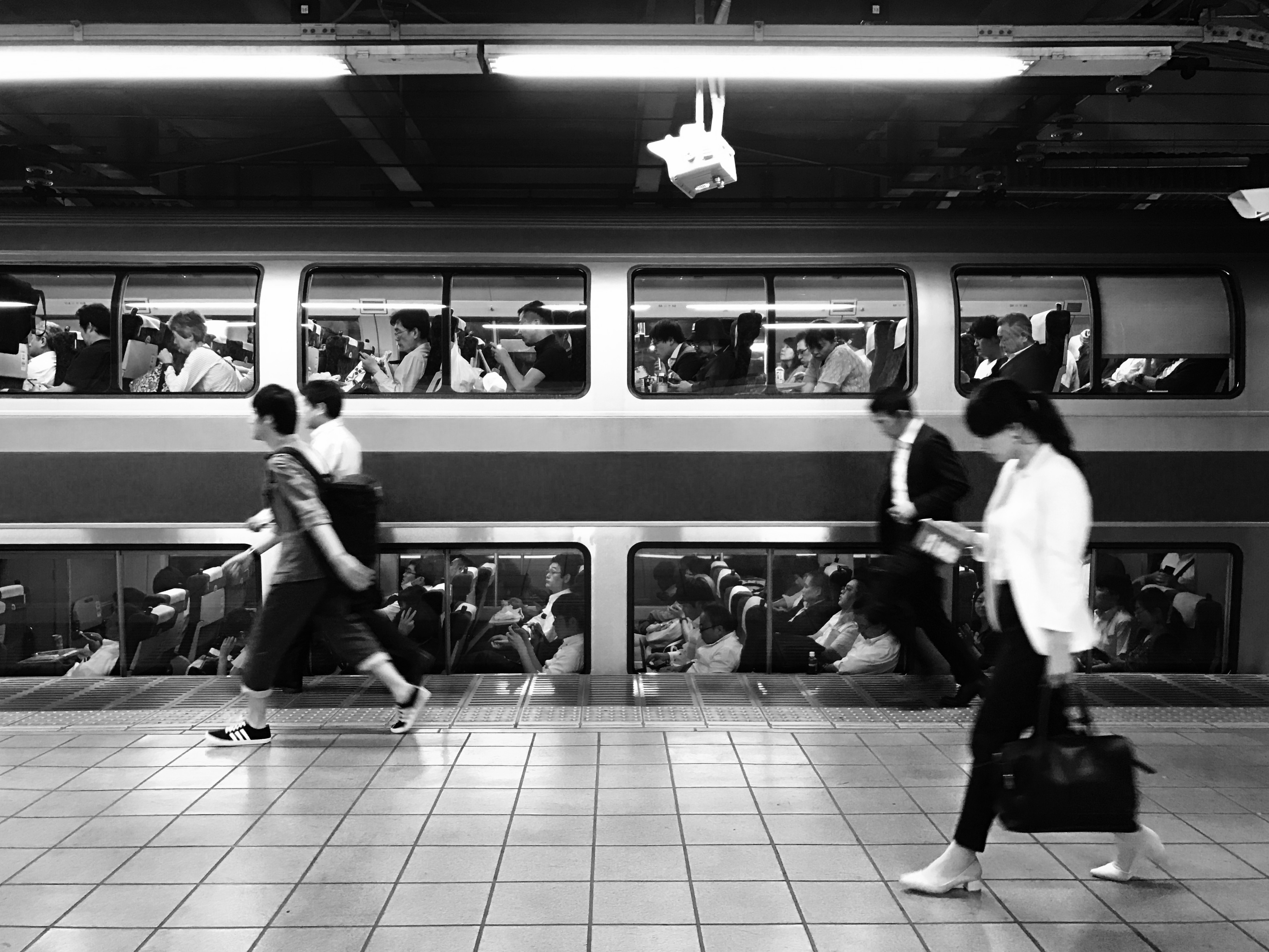 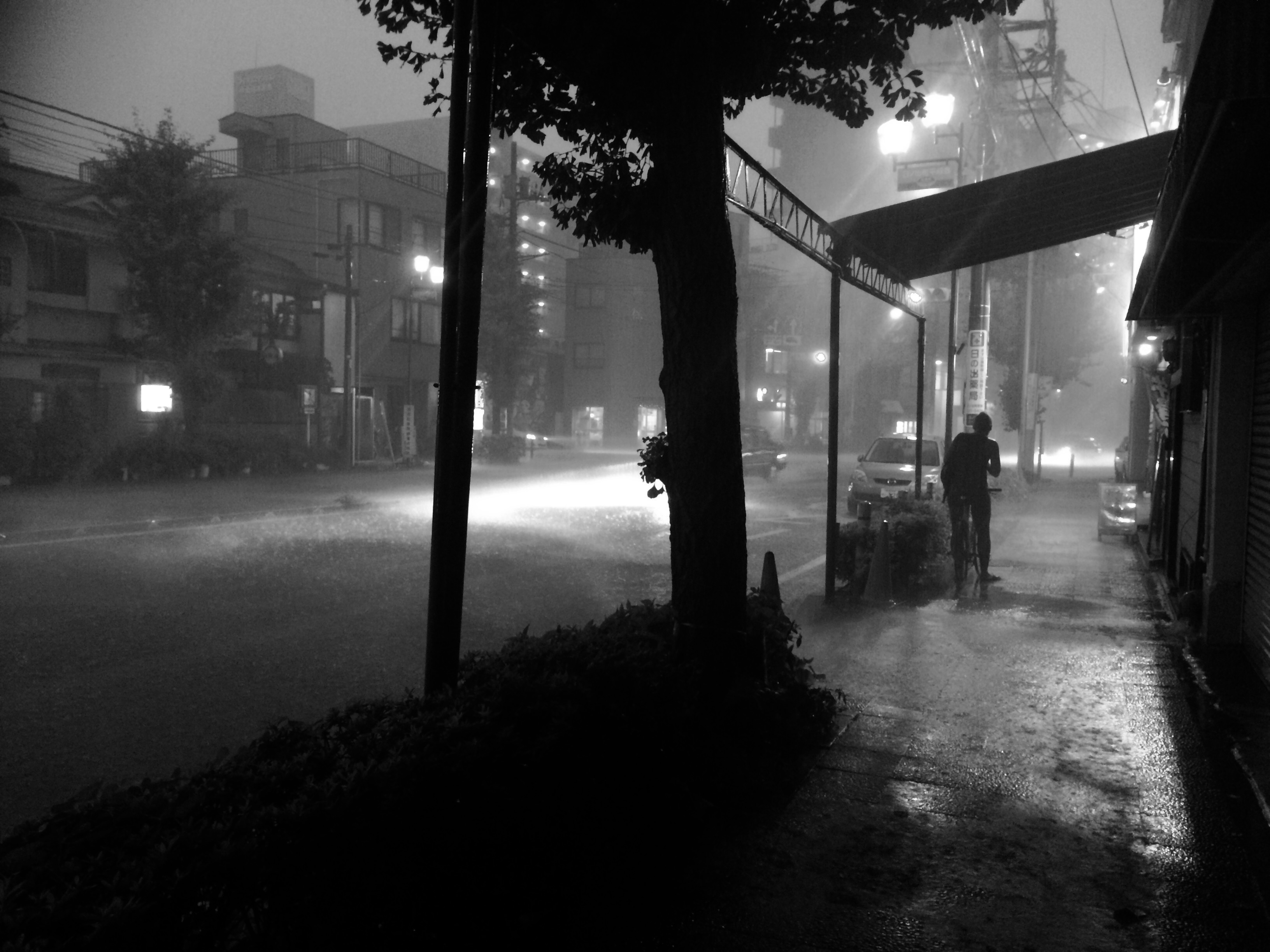 From Koganecho With Love,
Koganecho Bazaar 2017

From Koganecho With Love  was produced for Koganecho Bazaar 2017 and was situated underneath the Keikyu rail line. A series of 7 acrylic panels act as light boxes, illuminated by daylight or alternatively backlit by rainbow-colored lights at night.
The images, each capturing some remnant of the old Koganecho area, shift between a black and white nostalgic atmosphere, and a reminder of the area's recent history as a red light district, with the red replaced by all of the colors of the rainbow. 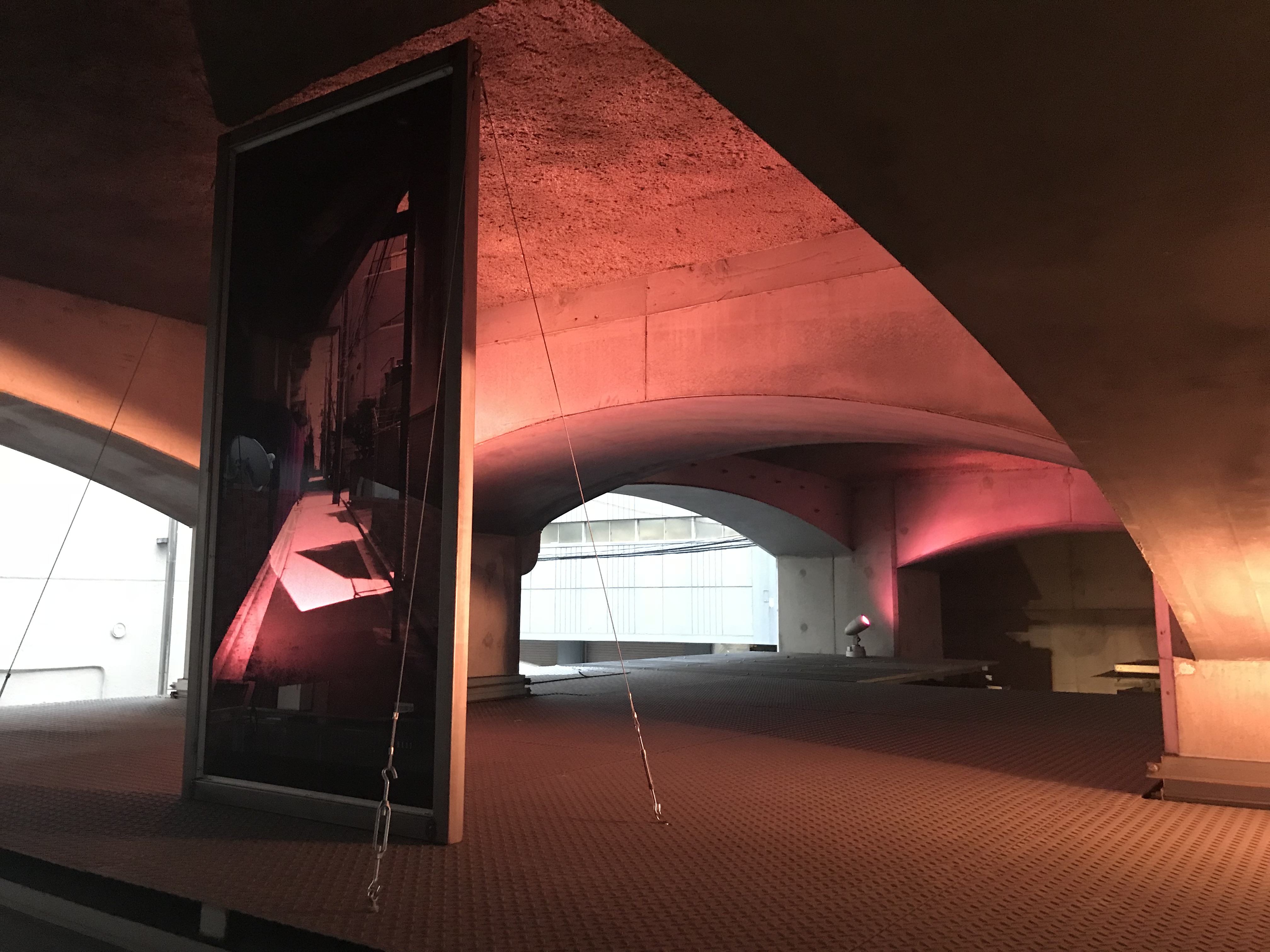 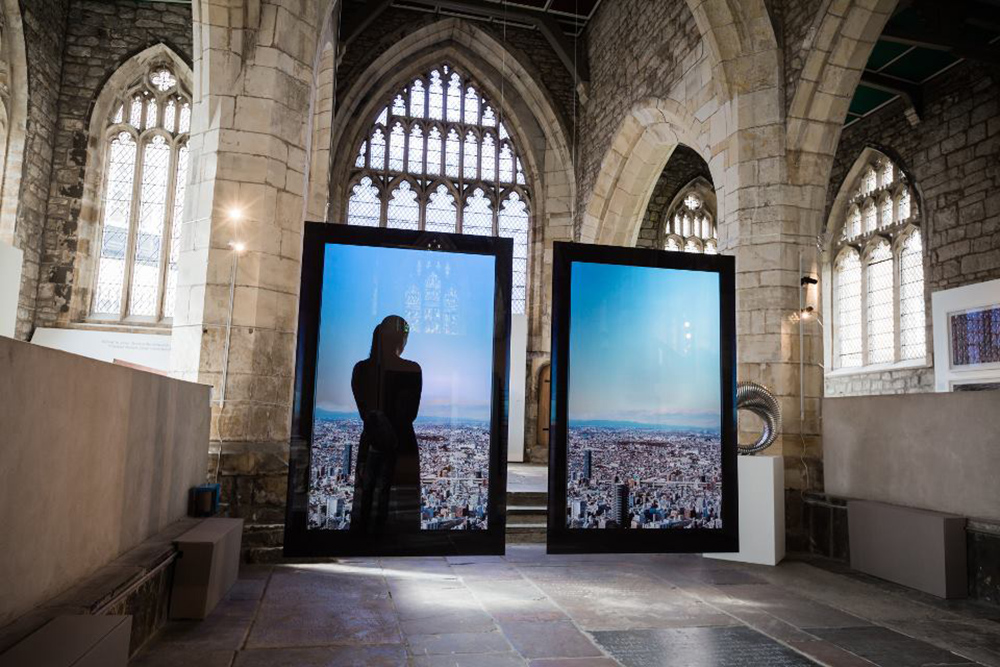 There is an image which emerges from within the body. As we are assumed to be one part of nature itself, what does it mean to look upon and explore our inner landscapes? Even as we attempt to focus upon one scene from within, it will suddenly change into another, one landscape following another, preventing us from entering any deeper into its spaces. When we are thrown suddenly from our fixed environment of everyday life we must come to examine our sensibility and spirituality, synchronizing with fluidly with the numerous things around us. This exhibition examines how we may use the props of the outer world, its land, traditions, society and everyday textures to reflect upon our inner landscapes in a process of ritual which involves facing an unfamiliar object.Here five artists come together through photography, installation and drawing to explore these possibilities. 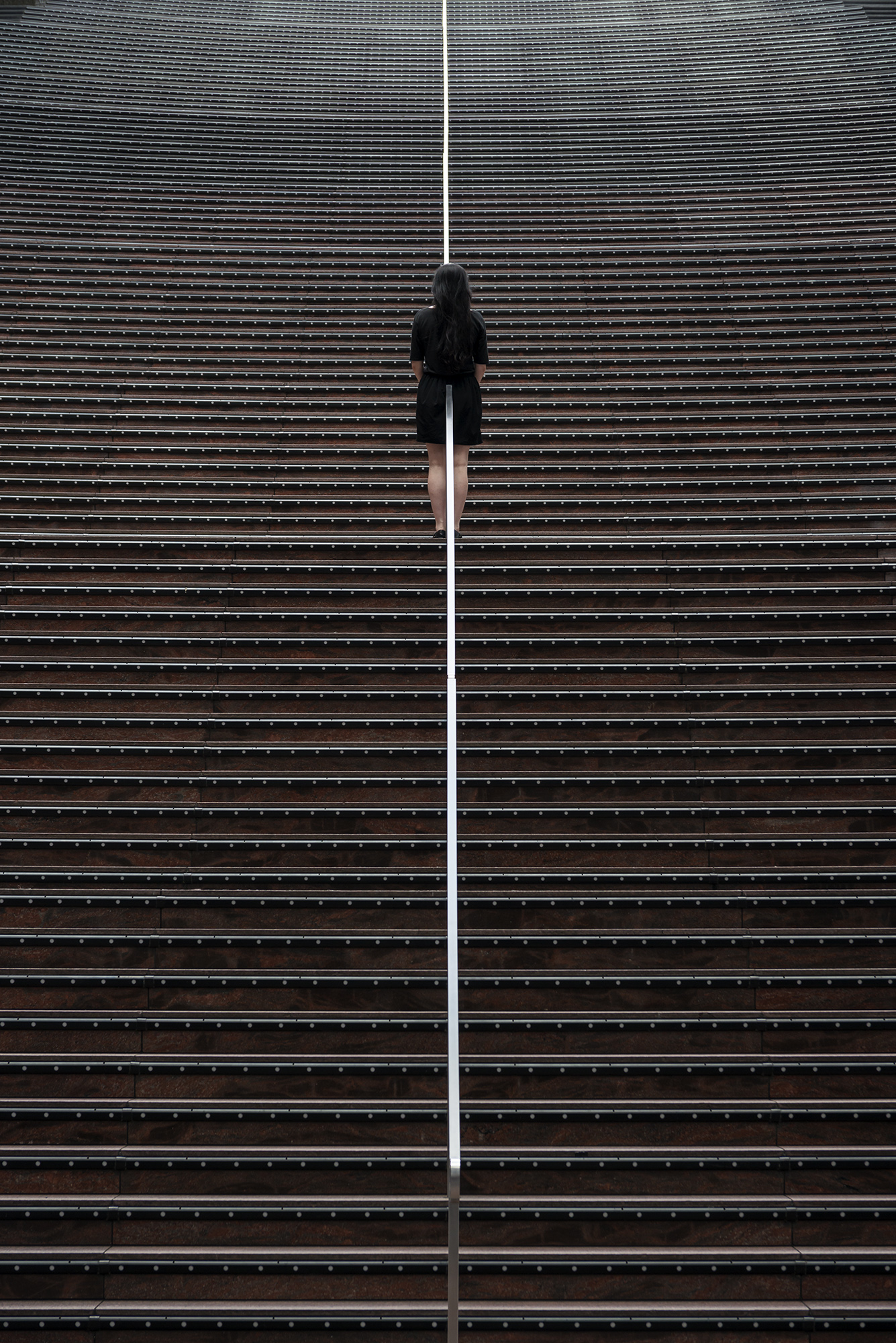 A few light taps upon the pane, no one turns, no reply
at The Container Gallery

Excerpt from the catalogue text:
"The central image for this exhibition is a photograph taken in my hometown of Dublin, Ireland. Now, as an outsider returning only every couple of years, the changes, progress or stagnation, in various facets of the city and its culture are more apparent…
I was born in a poor Ireland at the very end of the seventies and also witnessed first-hand the now infamous Celtic Tiger in its full roar. By the time I moved to Japan in 2009, the bubble had already burst, but the effects of this financial crisis were only just emerging. Each time I have re-visited Dublin, there have been more and more empty commercial properties in the city centre. But not only have premises been vacated, many were abandoned mid-build. Perhaps the most prominent and visually arresting of these is the site being developed as a new bank centre on the north of the Liffey in Dublin’s city centre. It stands as a monument to the bubble economy of the late nineties and early 2000s. However, despite the stark beauty of its bare form, this building is not the one I chose as the main image of this exhibition, but rather I chose one that is far more ordinary…
The project was abandoned midway through, along with many others in the area. The tarpaulin hung on the front once concealed the shell of an unfinished structure behind, but as time has passed and the Irish seasons have taken their toll the illusion is broken. We can now see through the façade to the remnants of recent economic decline." 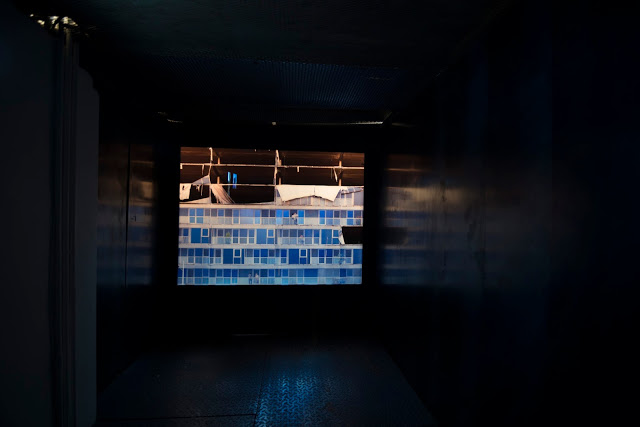 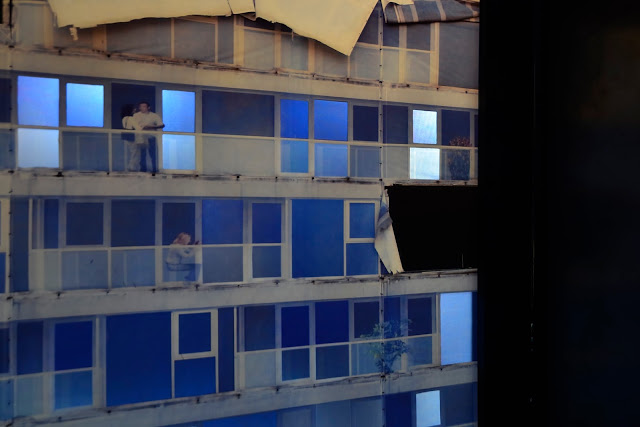 Outside In is part of a body of work that explores city-view observatories in Tokyo, considering the importance of the act of viewing the city from above to the inhabitants of a city.
The experience of the city view, through its panoramic aesthetic and effective disorientation of the viewer’s sense of space can produce a viewing experience that is potentially immersive or even transcendent. The predominantly visual experience of the city view observatory, and the residual mental image left in the mind of the viewer combined with the reproduction of such images in the media, may even replace the ground-level experience as representative of the city in the mind of the city dweller. 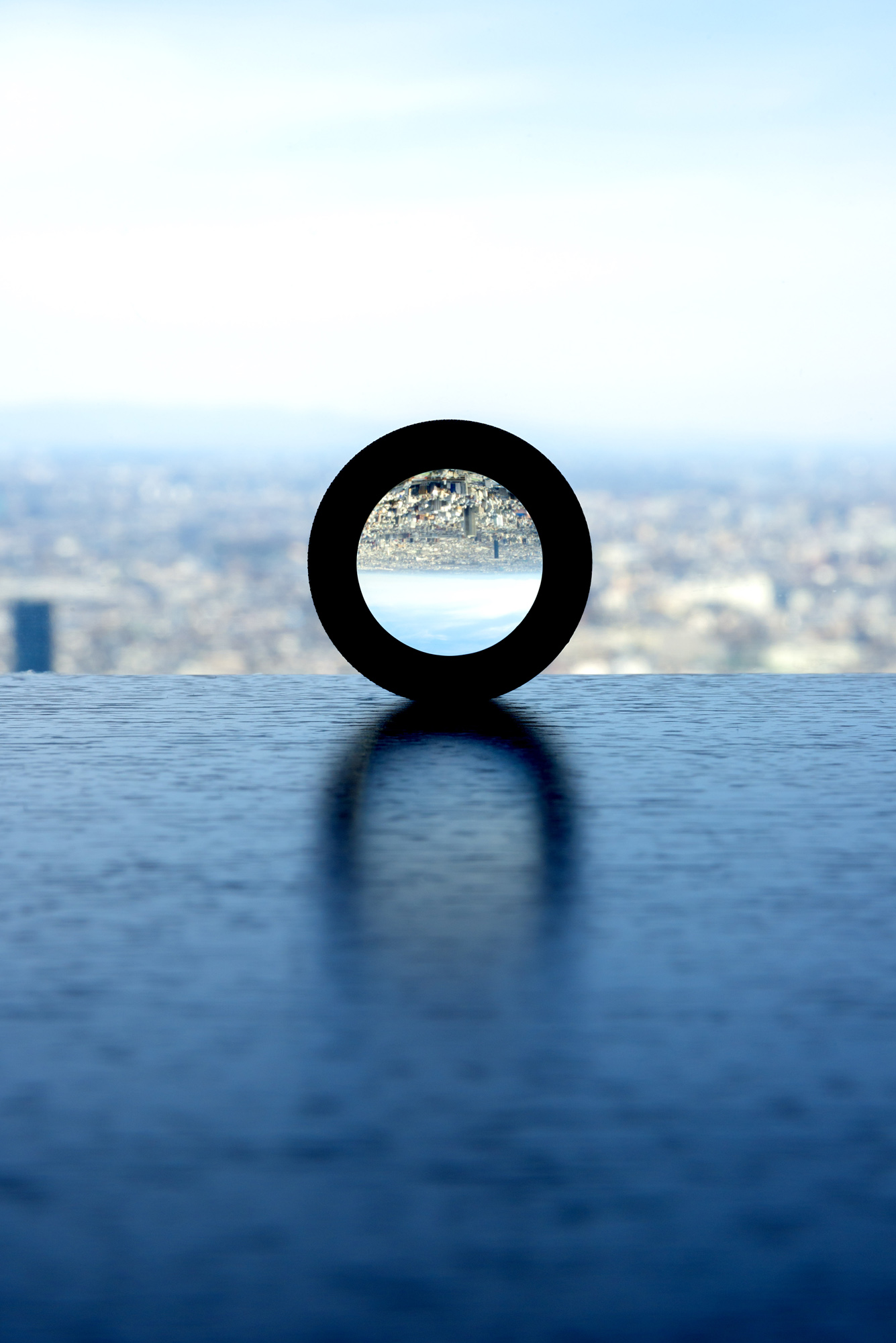 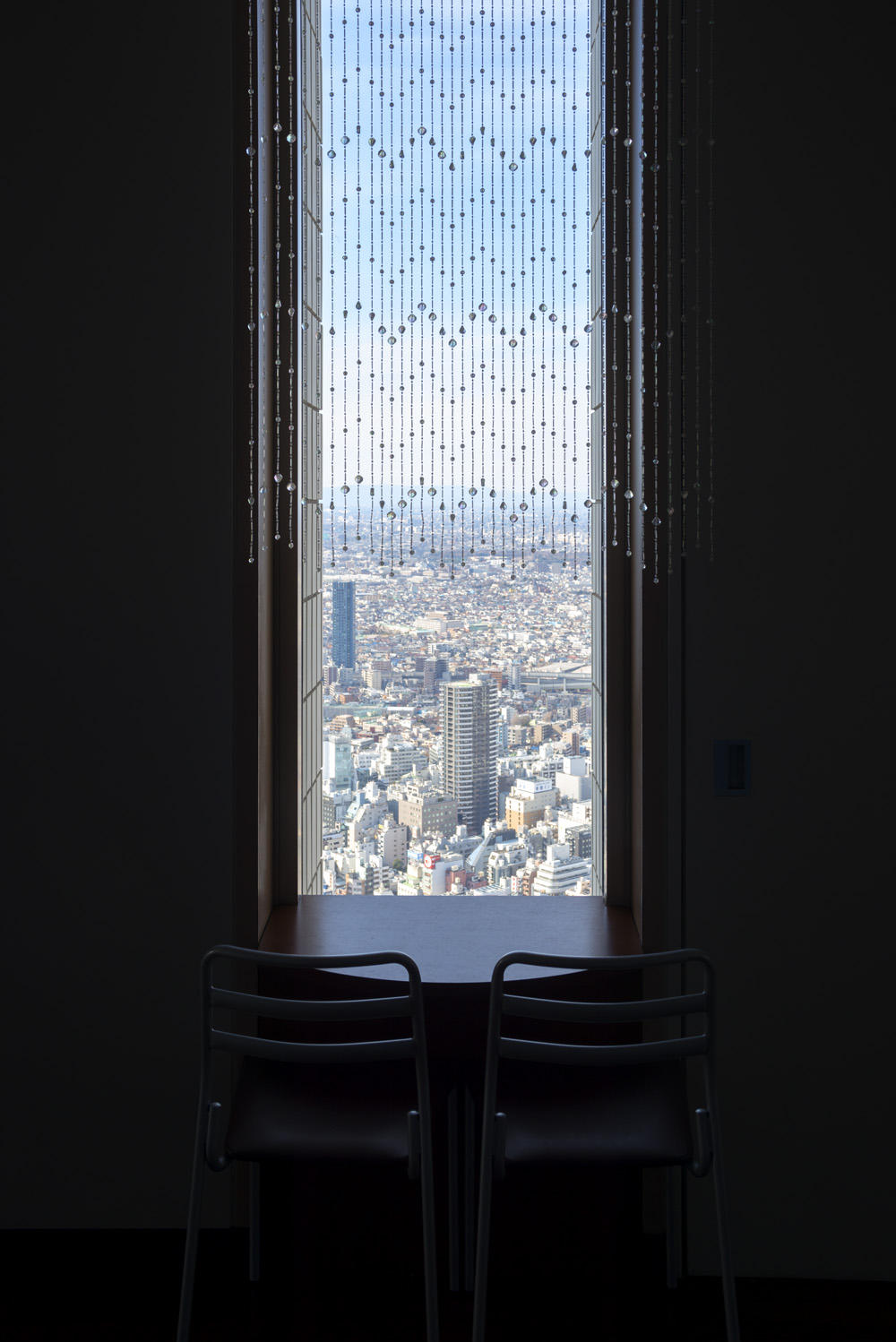 While working on producing panoramic images from different locations in Tokyo, I was constantly questioning the merit of trying to re-produce the original view. In many ways it would be easy to elicit a positive response from the viewer by re-producing the sense of expanding space, through an immersive experience; that is usually the objective of the classic panorama. However, re-creating the illusion of being immersed is not the objective of my work. Tokyo Summit A relates to, and analyses, the city-view experience by ‘deconstructing the view’. What I mean by this is: my intention is to make the viewer aware of his or her own expectation and desire to be ‘immersed’ in the viewing experience. 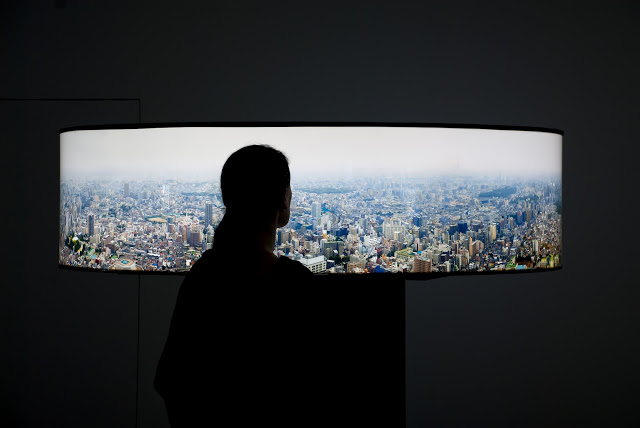