Koganecho Bazaar is an art festival staged in the Koganecho area in Yokohama city. Marking its 10th edition, 2017’s Koganecho Bazaar exhibited artworks under the theme of “Double Façade: Multiple Ways to Encounter the Other” during its three- month run.

From Koganecho With Love was commissioned for Koganecho Bazaar 2017, and was situated underneath the Keikyu rail line between Koganecho and Hinodecho stations. This area, until the early 2000s, was occupied by brothels and other sex-related businesses. A series of 7 acrylic panels act as light boxes, illuminated by daylight or alternatively backlit by rainbow-colored lighting at night.
The images, each capturing some remnant of the old Koganecho area, shift between a black-and-white nostalgic atmosphere, and a reminder of the area’s recent history as a red-light district, with the red light replaced by all the colors of the rainbow.

FROM KOGANECHO WITH LOVE 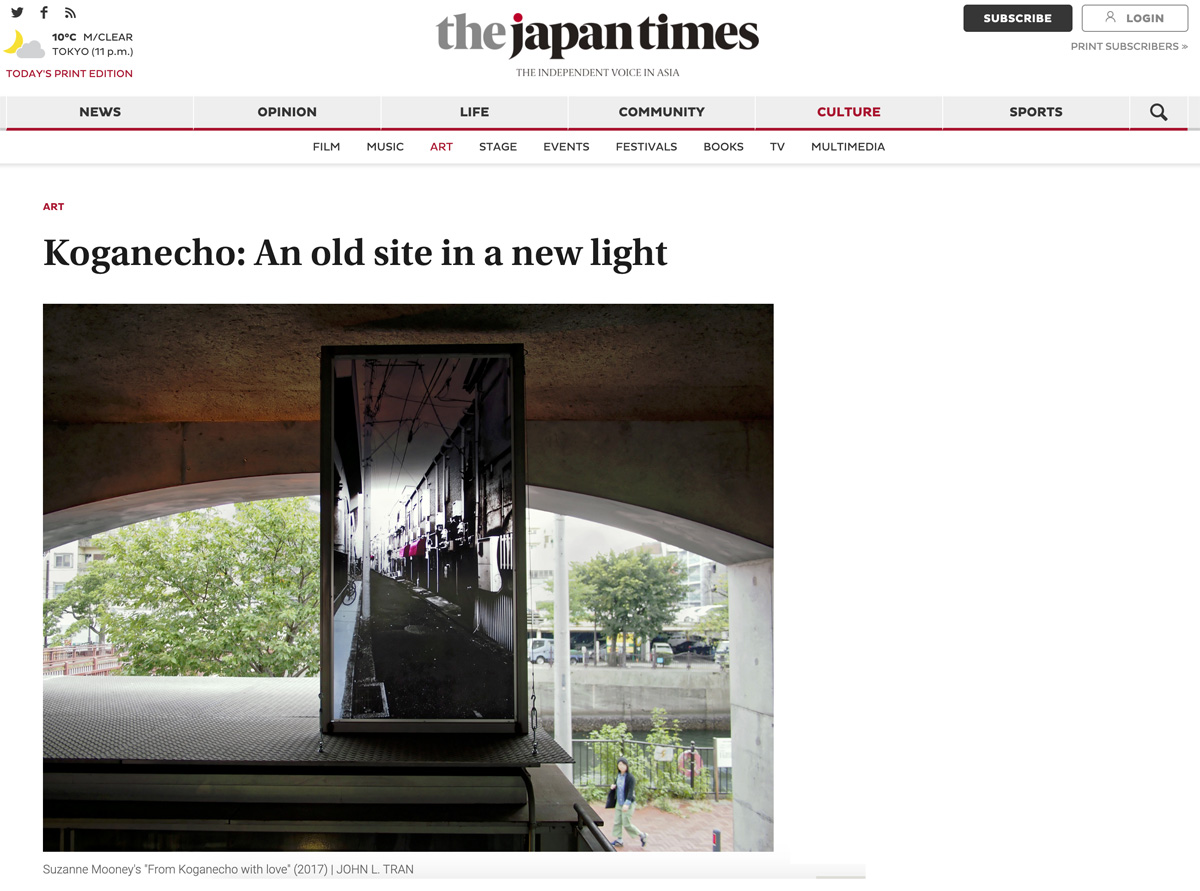